While popular media focuses on the reusability plans of Blue Origin and SpaceX, Boeing and Aerojet Rocketdyne make significant progress on their own reusable orbital launched, the experimental XS-1, or Phantom Express.

What is Phantom Express 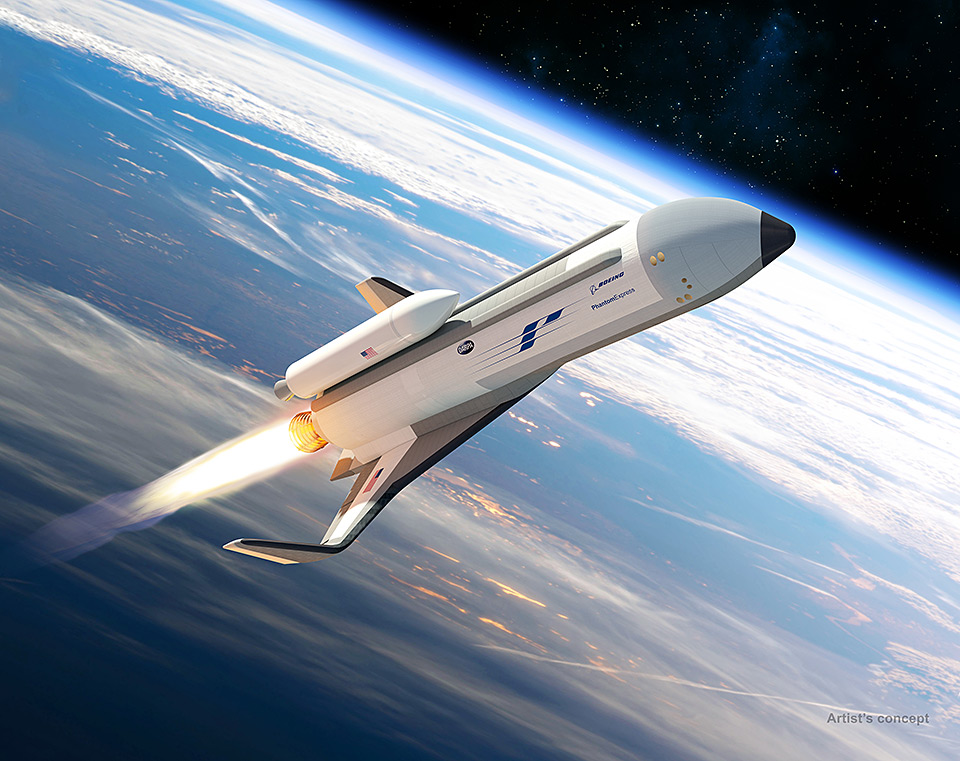 > Phantom Express is partially reusable, featuring an expendable upper stage to push the payload into its final orbit. Credit: [Boeing](https://www.boeing.com/space/phantom-express/index.page#/gallery)

Boeing’s XS-1, also known as Phantom Express, is a reusable first-stage launch vehicle funded by DARPA. It has several design requirements including vertical takeoff and horizontal landing like a plane and a turnaround time of 24 hours or less. It is expected to reach Mach 10 (12,250 km/h) or faster with an 1,361 kg (3,000 pounds) payload. Although Phantom Express will be rocket powered, it is not designed to go into orbit, like the X-37B. It will instead carry another rocket stage as part of its payload, which would place the final satellite into orbit. The entire process would be autonomous, unlike the Space Shuttle.

Phantom Express is a relatively large vehicle, 100 ft (30.5 m) long, 24 ft (7.3 m) wide with an overall wingspan of 62 ft (19 m). Its fuselage that holds cryogenic liquid hydrogen and liquid oxygen has a diameter of 3.7 ft (4.1 m). This puts the vehicle as roughly half the size of the Space Shuttle, with internal, rather than external tankage.

AR-22 - An Evolution of Reusability 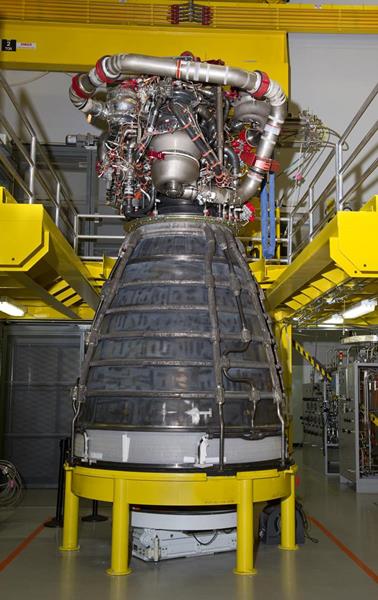 The heart of Phantom Express is the AR-22 reusable hydrolox engine. Based off of the Space Shuttle Main Engine/RS-25, the AR-22 is designed for up to 55 firings with refurbishment happening every 10 missions. It will generate up to 375,000 pounds (170,097 kg) of thrust. While the specific impulse (Isp) of the AR-22 is not known, hydrolox fuel mixtures and the fuel-rich staged combustion type inherited from the RS-25 would give it an Isp of roughly 400-450 seconds. High Isp is critical to keeping the overall dimensions of the vehicle constrained for landing while providing enough performance to lift a useful payload to orbit, with the help of an expendable stage.

When will Phantom Express fly? 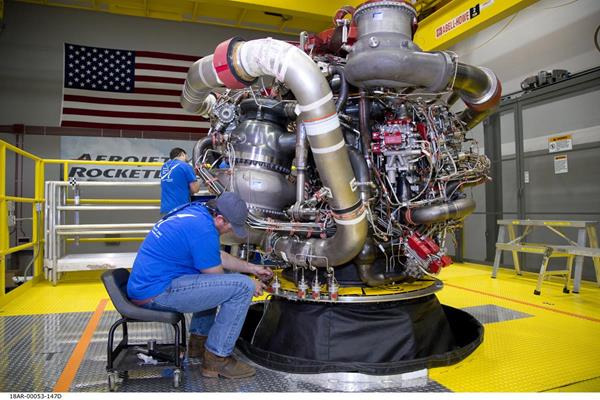 The DARPA Experimental Spaceplane program aims to begin test flights in 2020. These flights would prove basic operations of the spacecraft such as engine performance, flight dynamics, and autonomous launch and landing. Another key goal of the program is rapid readiness and turnaround. Currently, it takes months to schedule and prepare a traditional rocket launch. The US spends significant amounts of money to ensure capability is present with existing launch providers to launch rapidly. Having launch vehicles designed from the outset to be rapidly deployable and rapidly reusable, would give the US more flexibility in launching satellites.

The key demonstration is a 24 hour turnaround using the same vehicle. Rapid reusability has been a key goal of many launch vehicles in the past. SpaceShipOne flew to the edge of space twice within a week. SpaceX hopes their Falcon 9 Block 5 will have a 24 hour turnaround for its 1st stage booster. Phantom Express gives Boeing a competitive 'dog in the fight' for reusable space launch. Its Delta family of rockets, used by United Launch Alliance, are planned to be phased out as Vulcan takes over in the 2020s. Phantom Express and follow up vehicles may make Boeing a key player in space launch as the wider launch industry pivots to reusable vehicles.

Everything You Need to Know for InSight's Mars Landing Today